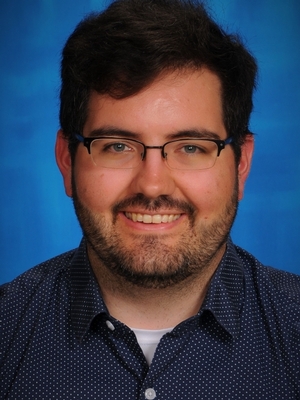 Hello!  My name is Derek Westerhoff, and I have been teaching history here at Sunnyside Christian High School since 2018.  I grew up in the San Francisco Bay Area and have a degree in Political Science from the University of California, Merced.  I focused on learning about the modern Middle East and International Relations.  In 2017, I started teaching at a local Christian school and loved it, and I started looking for other teaching jobs up and down the West Coast.  Sunnyside came calling, and here I am!

I teach the following classes:

This year-long class is a personal favorite of mine.  We start at the beginning of the Agricultural Revolution and learn about the four major river valley civilizations: Mesopotamia, Egypt, India, and China.  We then learn about Ancient Greece, Rome, Islamic Civilizations, Medieval Europe, the Mongols, The Renaissance, the Scientific Revolution, the Age of Exploration, the Enlightenment, The French Revolution, and the Industrial Revolution.  Whew!

The first half of this class focuses on early American history through the presidency of Thomas Jefferson.  There is a special emphasis on the Constitution and the American Revolution.

The second half of this class is Current World Problems, where students will discuss and learn about current events.

This year-long class is focused on American history in the 20th century.  It begins by talking about the Spanish-American War and the debate on America's expanding role in international affairs.  It will then focus on the American labor movement, progressivism, the World Wars, the Cold War, the Vietnam War,  and finish by discussing America's role in the world since the end of the Cold War.  This class will have more of an emphasis on writing and forming conclusions using historical evidence.

This class is also a favorite of mine!  We discuss the history of the Christian Church, including how it began during the Roman Empire, how it expanded throughout Europe, and how it came to dominate daily life in the Middle Ages.  We will then focus on the Protestant Reformation and its effects.  There will also be a unit on how the Bible came to be.

It's PE.  Prepare for some Frisbee and indoor soccer!

Every other year, I teach a one-semester elective class on either psychology or sociology.   These classes are more discussion-based and try to better understand human behavior.  Class participation is a must for these!