Lessons from a Teenage Girl 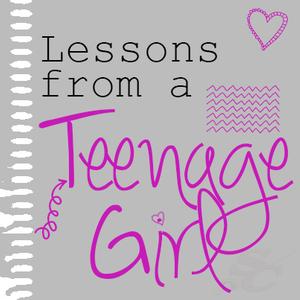 Mary was only 12 years old when she was betrothed to Joseph for marriage, and Jesus was born a year later. Ever since I became a mom, Mary’s story has amazed me, especially at Christmas, when I’m reminded of her bravery and strength.

I wonder how Mary’s faith was so strong at such a young age? After Gabriel visited her to tell her she had been chosen to give birth to the Son of God, how did she react? Was it quiet humility? Was it intense fear? Or was it giddy excitement? Or perhaps it was all of these. The Bible tells us she told Gabriel, “I am the Lord’s servant. May your word to me be fulfilled.”

I can’t help but imagine what it would be like if an angel visited one of our Jr High students today. There would be a quick scramble by the girl to grab her cell phone to record the event or at least get a picture to post on Instagram. Mom would post about her daughter’s strange experience on Facebook. Likely, the story would gain so many likes and shares that a news anchor would see the post and do a story for the next evening’s newscast. The YouTube of the newscast would go viral, and the girl would be an overnight celebrity.  Her pregnancy would be followed by the world, with analysts checking facts and scrutinizing every detail. And the birth would rival, if not surpass, the birth of His Royal Highness Prince George Alexander Louis of Cambridge.

After Gabriel leaves and Mary visits Elizabeth, she sings a song:

“My soul glorifies the Lord
and my spirit rejoices in God my Savior,
for he has been mindful
of the humble state of his servant.
From now on all generations will call me blessed,
for the Mighty One has done great things for me—
holy is his name.
His mercy extends to those who fear him,
from generation to generation.
He has performed mighty deeds with his arm;
he has scattered those who are proud in their inmost thoughts.
He has brought down rulers from their thrones
but has lifted up the humble.
He has filled the hungry with good things
but has sent the rich away empty.
He has helped his servant Israel,
remembering to be merciful
to Abraham and his descendants forever,
just as he promised our ancestors.”

Life has changed in a worrysome way for this young girl, and her response is to worship. She sings. Her very soul glorifies God. Her spirit rejoices in her Savior. And from there, this young Mary praises God for everything she’s heard about Him.

We hear about a God who is merciful, mighty, powerful, humble, helpful, mindful, and a keeper of His promises. We learn that when God changes our lives in ways that are disruptive, scary and heartbreaking, our answer should be worship and praise. That’s quite a lesson to be learned from a Jr. High girl.