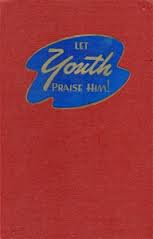 Some say it's the Jesuits, others claim Karl Marx.  Who knows who said it first?  It's actually the kind of line you can attribute to just about anyone, whether that "anyone" is thoroughly despised or blessedly loved.  "Give me a child until he is seven, and I'll give you a man."  I don't know that anyone knows for sure who said it first, but today everybody does.

Willa Cather claimed that "most of the material a writer works with is acquired before the age of fifteen," a maxim I've always thought on the money--and, of course, it's helpful in reading Nebraska's great early 20th century novelist, who left the her beloved red plains when she graduated from college but never really departed at all.  Her most memorable novels are set right there where she spent her first 15 years.

Something gets in us early on, something that doesn't leave--that's the upshot.

My granddaughter called me last night to ask me some questions for a story she has to write.  She's in fifth grade now, has her first male teacher, which (who) she likes.  "Grandpa," she said, "what was school like when you were a boy?"  I mumbled through an answer, nostalgia about as far away as the foothills of the Rockies.  "Who was your best friend?" "What did you do at recess?"  "Did you do any pranks?"  "Who was your favorite teacher?"

Cute.  Of course, if she'd asked me for a kidney, I'd have cut it out right then and there.

But neither her questions or my answers drew me back the way a Caring Bridge comment did a week ago, a note from dear friends up in Washington who are going through really tough times.  Medical problems, real medical problems, have them holed up in a Seattle hospital, where, often as not, he reports, visitors stop by and sing.  Here's what friend Ron wrote about a week ago:  "Much of our singing continues to come from "Let Youth Praise Him," the songbook that so many of us grew up with in Christian school."

Like me.  I did.  I know by heart the very tunes they're singing up there in that hospital room.

"Those songs shaped us--shaped our theology and thus our lives," he wrote, and he's right.  And then, "Revisiting them after these several decades has been a blessing."

My granddaughter's questions were dear, trust me; but Ron's comments are haunting, in a powerfully sweet way, because as much as I would like to be up there singing them with my friends, I honestly don't have to be.  I know well and dang good exactly what they're singing.  I could sing along from a thousand miles east, and I don't even need a book.  I can remember that dark red hymnal clearly, and I wouldn't be surprised if somewhere in this house there is still is a bruised up copy of Let Youth Praise Him.

All the drama of "The Ninety and Nine That Safely Lay" will be in me forever, even though I don't know that I've sung that song since I was twelve.  "Far and Near the Fields are Teeming," "Give, Said the Little Stream," "Humble Praises, Holy Jesus"--they're all there; and then there's the complete score of one-act play: "Master, The Tempest is Raging."  I haven't seen nor sung those songs in fifty years, but I know 'em like the back of my hand, and I would have given most anything to be there in that hospital room, making music with our friends.

There's just something about music that won't let go.  The mother of a friend of mine lost most all of her faculties before she died.  Dementia robbed her of most sense.  But all her children had to do was sing her favorite hymns, and she was right there with them.

I'm neither a Jesuit or a Marxist.  I'm not sure anyone will ever know who--to be sure--made the claim that if you owned a kid to age seven, you'd have yourself a man.  I don't even know if I believe it.  I'm sure there are plenty of Christian school kids from the 50s who don't remember those sweet little ditties, nor care to.

But, in my book, Ron is certainly right.  Those kid songs are so deep in me that nothing could dig up the roots.

And I do wish I'd been there with them because, when I think about those moments in that Seattle hospital room, I honestly can't imagine greater comfort, greater joy, greater love.

This morning's thanks is for an old book I likely haven't held in my hands for a half-century, a kid's hymnal that will be, I'm sure, forever open in my heart, just as it is in the hearts of our friends.